Optimistic, verging on the mad.

I have tried very hard to understand the reasons for Brexit but is this really what our country has come to – an Alice in Wonderland world where the government has to implement the will of the people, even though they lied to the the people in the first place, now admit that Brexit will make people’s lives worse, but we have to do it because it’s what people voted for.

Remember what we were promised: the easiest trade deals in history, the self same benefits as we have now without paying the membership fee or obeying the rules, £350 million a week for the NHS… all of those undeliverable fantasies.

And yet this week, Jeremy Hunt, who within weeks could be the Prime Minister of the United Kingdom said:

“Yesterday I was at an amazing company that manufactures steel wheels for off-road vehicles, and they’ve got about half the European market sewn up. It employs 350 people just outside Kidderminster. Their margin’s about 4%. A 10% tariff on their products would wipe them out. So there would be an economic impact of No Deal. If that was the only way to deliver Brexit, then I’m afraid we have to do that, because that’s what people voted for, and we are a democracy first and foremost.” 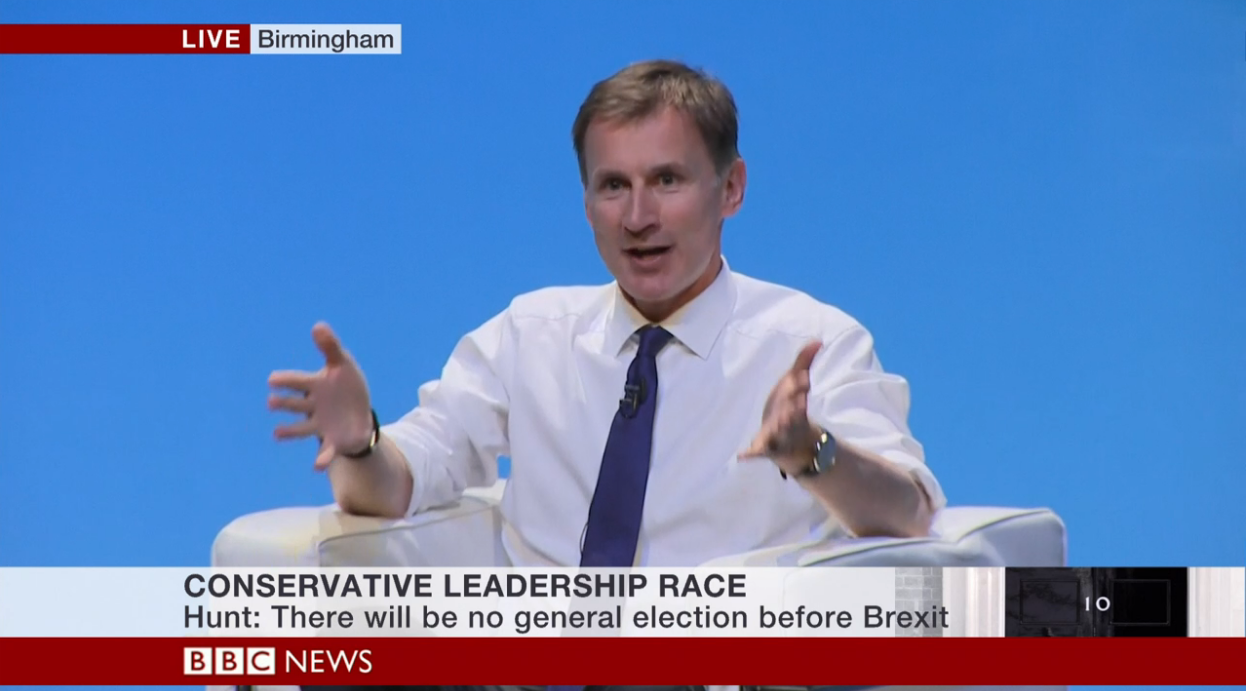 If you don’t believe me you can watch the interview on BBC iPlayer here: Conservative leadership hustings. (2:05:00 in to the programme).

Or check out the reaction from the local paper Kidderminster Shuttle where the company, Titan Wheels, is located: Anger at Jeremy Hunt's comments after Cookley factory visit.

Titan Wheels MD Chris Akers said his company exports 95% of its products to Europe, so Brexit is a key issue for him.

According to Jeremy Hunt destroying our precious, successful UK manufacturing businesses is fine because that’s what people voted for! I don’t remember that being on the ballot paper do you?

Oh, and just to be make sure you know we’re in Alice in Wonderland territory, let’s destroy our farming industry at the same time.

BBC Countryfile on 23 June 2019 (36 minutes in) featured Jevington Place Farm, a farm that runs a pedigree Susses Beef herd that can be traced back to 1878 – part of our national heritage you might think.

Britain exports £450m worth of beef every year, 80% of which goes to the EU. Jevington Place Farm benefits for EU tariffs of £1.50 per kilo on beef coming from outside of the EU, effectively doubling the value of their beef, according to the farmers Stephen and Fizz Carr. The proposed 50% cut in tariffs proposed as a result of Brexit would knock between £200 and £300 off the value of every single beast in their herd and make their business unviable.

“There wouldn’t be a farmer in the country that could produce beef with a cut in tariffs of that level and make a profit.

The idea that trading on WTO terms would open up new markets and make up for this loss is optimistic, verging on the mad.

The current tariffs nearly double the value of our beef so we are simply not geared to be competitive in global markets against the likes of Argentina or Brazil.”

But destroying part of our British heritage is a price worth paying because that’s what we voted for! I don’t recall that being on the ballot paper.

Move over Alice, the whole of the UK is about to come down the rabbit hole.

Cliff Mitchell, OurEU.UK with thanks to BBC News and the Kidderminster Shuttle.