So the single most important question that everyone should ask is:

“How will Brexit decrease tensions and promote peace in the United Kingdom of Great Britain and Northern Ireland?”

When I was twelve years old, a man was shot dead on his doorstep. Soon afterwards, we stepped over that same doorstep into the Army quarter that was to become our home while my father served with his regiment based on the edge of Sennelager training area in West Germany.

The British Army of the Rhine (BAOR) was part of NATO forces during this tense period of the Cold War. BAOR’s primary purpose was to deter the threat posed to European democracy by the totalitarian regime that ruled the Soviet Union and Warsaw Pact countries.

But it was not Russian agents from the East who killed the British Army officer on our doorstep, it was Irish paramilitaries from the West. Because, like most units in BAOR during the 1970s, most of the soldiers in Dad’s regiment expended as much time (and a lot more blood) in Northern Ireland than they did deterring the vast forces of the Soviet Union, which were amassed uncomfortably close to us in East Germany behind the ‘Iron Curtain’.

The Russians were well aware that, of the three squadrons in Dad’s regiment, there was always one squadron serving in Northern Ireland, another one recovering from their last "Operation Banner" tour and the third Squadron training or preparing for their next tour in Belfast, Londonderry or the "troubled" border counties of the North.

In those days the Soviet Union was pretty keen for the Irish ‘Troubles’ to keep the British Army indefinitely preoccupied. Today we celebrate that the Berlin Wall is long gone. Back then it was unimaginable that East and West Germany could ever be peacefully reunited, or that people of the former Warsaw Pact countries would be able to enjoy democratic freedom of movement like the rest of us in Europe. But would the current occupant of the Kremlin shed a tear if Brexit were to undermine the Good Friday Agreement or destabilize the peace and relative harmony we have grown used to in the UK for the last 21 years? Probably not. 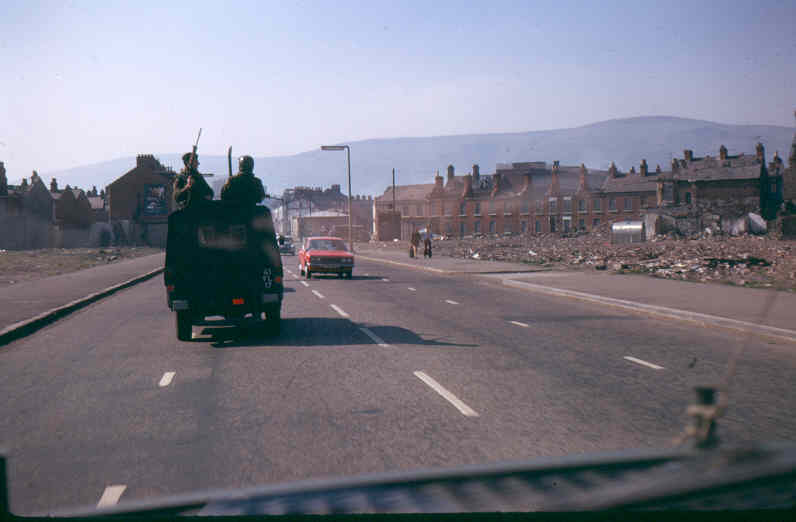 Our politicians frequently refer to what “people are saying on the doorsteps.” Funnily enough, I don’t recall any politicians ever visiting that blooded doorstep in Sennelager. And I don’t think they knocked on any doors to ask what soldiers' wives thought about their party’s policies on Northern Ireland. Had they done so, perhaps the ‘Troubles’ might have ended sooner. We may never know.

What we DO know, is that peace in Northern Ireland came at a very high price for all concerned. We also know that this peace is still fragile and requires careful nurturing.

So I was staggered when the Tory government announced its intention to offer the British people a referendum on leaving the European Union, without properly considering the far reaching implications of disrupting the relative harmony that the UK and Republic of Ireland have enjoyed since 1998 as a consequence of the hard-won Good Friday Agreement.

It is the shared membership, by equal, sovereign partners of a single market and customs union that enabled the removal of a "hard" border between Northern Ireland and the Republic. Peace resulted in the dismantling of all the associated security infrastructure that had been the focus of enmity and armed conflict for so long.

Since the last General Election the Conservatives have clung to power with the help of the DUP, which ironically is the only major political party that ever campaigned AGAINST the Good Friday Agreement. It was this agreement that finally brought the euphemistically named Irish ‘Troubles’ to a close in 1998.

In reality, this misleading word "Troubles" describes a brutal armed conflict that killed 3637 people (including the previous occupant of our house in Germany). This bloody conflict also seriously injured at least 45,000 others, over a period which spanned four decades and resulted in the longest deployment of the British army on active operations in its military history.

Well over 250,000 members of the regular army served in Northern Ireland during the campaign and at the peak of ‘Operation Banner’ in the Summer of 1972, 28,000 regular soldiers were deployed alongside thousands of part-time soldiers from locally recruited regiments.

This dirty war brought misery, terror and shame into the lives of everyone involved. Yet the architects of Brexit are STILL unable (or refuse) to recognize the threat to peace that their narrow-minded Brexit ambitions pose to all the people of the United Kingdom and the Republic of Ireland.

For the Prime Minister to have referred to matters relating to our continued peaceful co-existence as "minor technical details”, is staggering in its arrogance. The fact that he promoted (unspecified) “technical solutions” as being “like administering the Congestion Zone in London”, demonstrates incredible ignorance of Northern Ireland’s recent history and ongoing sensitivities.

Boris Johnson’s callous disregard for his paramount responsibility as Prime Minister, which is to maintain peace and security for all nations and all people on these islands, proves that he is totally unfit for this important role, or indeed any other kind of public office. The fact that the European Union has shown more concern for maintaining peace on the island of Ireland than the British government has, is shameful and damning. Whatever uncertainties may exist around Brexit (and there are many), it is certainly not worth wasting the life of one more British or Irish citizen. 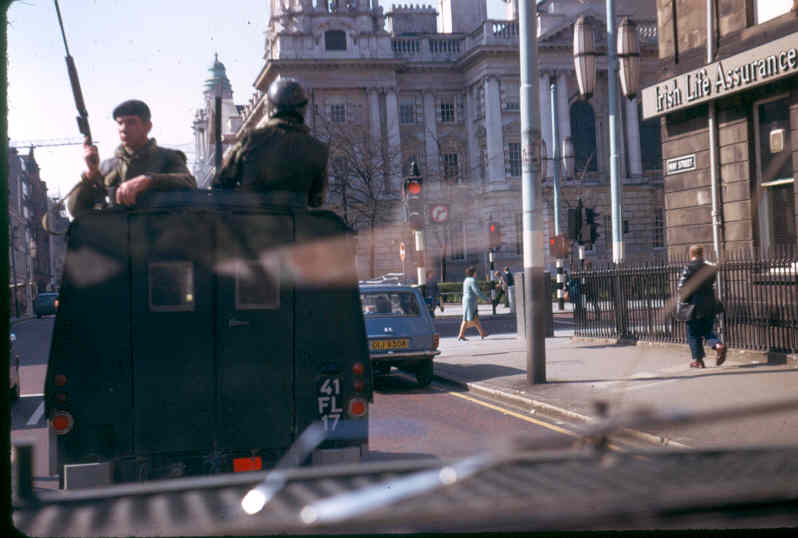 The death and destruction of the ‘Troubles’ was totally indiscriminate. More than 10,000 bomb blasts did not differentiate between religions, nationalities, men, women or children. Atrocities were committed on all sides throughout the UK, Ireland and right across Europe.

The brutal murder that was committed on our doorstep in Germany was just one of numerous security incidents that stalked our lives for more than forty years - and we were the lucky ones. Family friends and colleagues lost limbs and lives and civilian populations throughout the UK, lived with fear, violence and daily disruption for decades. None more so than the long-suffering folk of Northern Ireland on all sides of the sectarian and political divides.

Brexit has already cost £billions and diminished the reputation and standing of the United Kingdom in the eyes of the world. It would be an unforgivable crime if Brexit goes on to undermine this hard-won and fragile peace. Nothing about Brexit could ever justify such stupidity and the Prime Minister, along with his Cabinet Ministers would all be responsible for it.

Clear evidence is there for everyone to see and if we have learned anything from the past, it is that if this fragile peace breaks down, the consequences and casualties will not differentiate between ‘leavers’ and ‘remainers’.

So the single most important question that everyone should ask is:

“How will Brexit decrease tensions and promote peace in the United Kingdom of Great Britain and Northern Ireland?”

It is certainly the first question I will ask any politician who visits my peaceful doorstep.